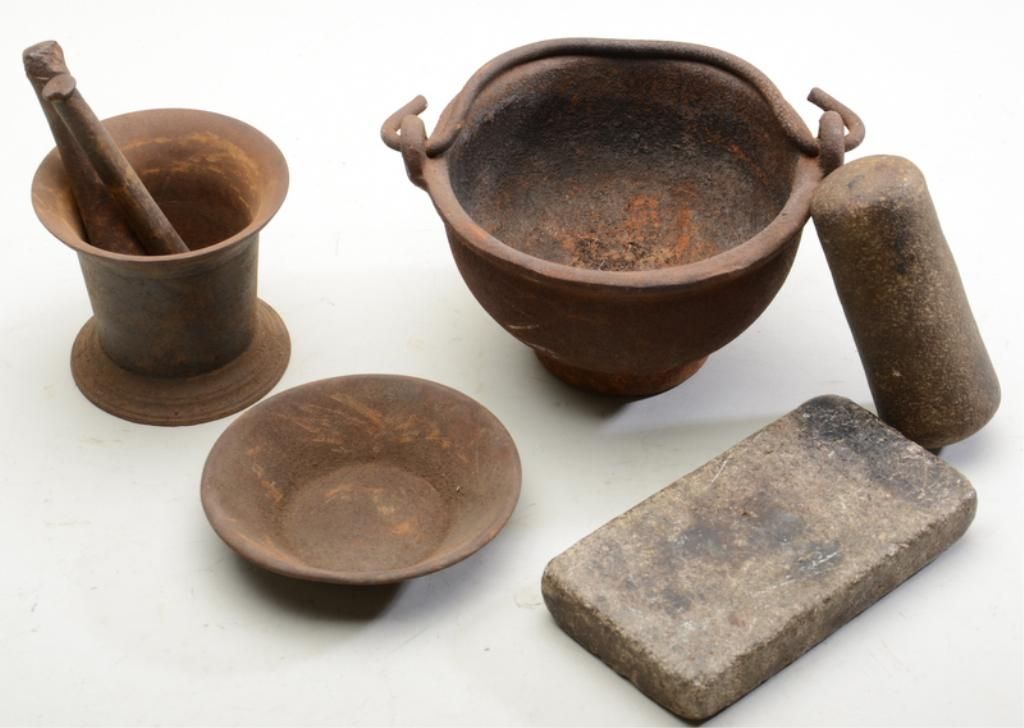 In the second millennium BC, the Romans emerged from a small settlement near Rome to begin a course of expansion that was to make them the dominant power in the Mediterranean. By the 1st Century AD, Roman territories expanded from Britain in the north to Egypt in the south. Much of the Roman culture and crafts reflected the preceding Hellenistic period; however, their extensive trade network provided them with a great variety of materials. Artisans often combined styles and materials creating their own unique designs.

Terracotta (baked clay) pottery was made and used throughout the middle east and was produced in the earliest settlements along the Fertile Crescent where the clay was abundant and varied in color. The early potters had ample resources with which to experiment, create and develop their styles. The pottery was made as a fair course, porous clay that when fired, assumes a color ranging from dull ochre to red and was usually left unglazed. Most terracotta pottery has been utilitarian because of its cheapness, versatility, and durability.

As technique and firing methods improved, a great variety of shapes evolved. The most widely utilized pottery in the Ancient World was oil lamps, bottles, unguentarium, pitchers, bowls and plates, their basic shapes remaining unchanged for over a thousand years and still being used in today’s modern world. The oil lamp was the source of light in every household, the bottles and pitchers were used to store wine, water, and other liquids, the unguentarium held oils, spices, unguents, and balm and the bowls and plates were used to eat from and hold foodstuffs. The amphora, classic in shape, was used for storage and shipping in the ancient world and was meant for household use and to hold wine, oil, spice or unguents.

The Bronze Age was an important element in time even though not any particular period of time. Some areas had their Bronze Age early, others had it late. The primary function of any metal industry in antiquity was the production of weapons and tools. A spear point, also known as spearhead, was ranked as the chief weapon used in the battle of ancient Asia and Europe. The famous Greek poet, Homer, tells how Achilles speared Hector with a bronze pole. Ancient Roman spear points have played an important part in history.

Early men tied jagged pieces of stone onto their throwing sticks until they learned to shape pointed spearheads from pieces of flint. In the 2nd millennium BC, the Romans emerged from a small settlement near Rome. By the 1st Century AD, Roman territories expanded from Britain in the north to Egypt in the south. The Roman army was originally made up of citizens. By Caesar’s time, in the 40’s BC, most soldiers were professionals in a standing army, forming a civilizing force as well as a conquering one.